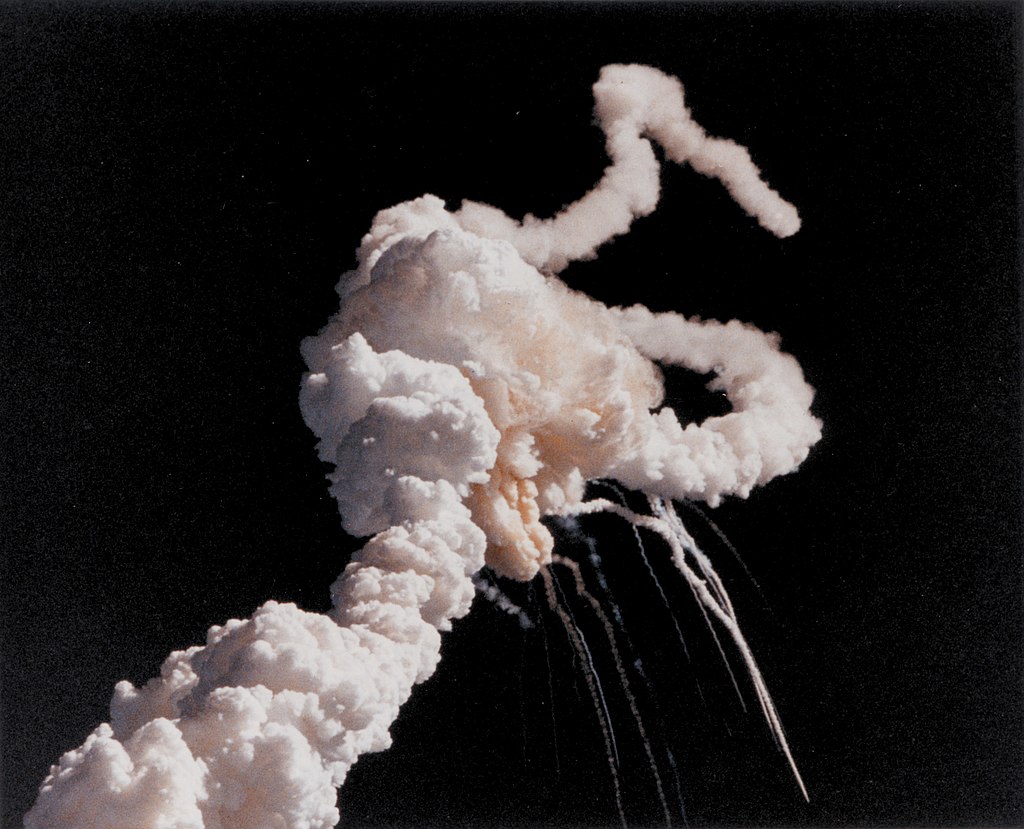 Thirty-six years ago this morning, I was doing my job as News Director of WTTN/WMLW in Watertown, Wisconsin. The AM station was one of those “full-service” stations… a mix of news, public affairs, weather, stuff like that. The FM was adult-contemporary.

At about 10:40 a.m. CST I was in the early stages of preparing for the noon newscast to air on the AM station. The teletype machine in the corner of my office ceased its interminable clacking for a moment. The silence was broken by the sound of five alarm bells from the machine. Three bells meant “urgent.” Five bells meant “flash.” I had only heard the five bell alarm once before, the afternoon Elvis died.

I got up, walked over the machine and ripped the bulletin that had just crossed the wire. The space shuttle Challenger had just exploded shortly after launch.

I rushed into the AM studio and flipped the switch to put UPI Radio News on the air. They provided live coverage of the disaster. Then I went to the FM studio, but the guy running the board was in the middle of a “swap shop” program and would not switch to the news feed without direct authorization from the general manager.

I went to the GM’s office and told him what had happened, what I had done on the AM station and what I wanted to do on the FM station.

He looked at my like I had ladybugs crawling out of my nostrils. Swap Shop was a sponsored program after all, and here was his News Director telling him to drop out of the show to cover some sort of news event.

I told him that this would turn out to be one of those seminal moments in American history where people would remember what they were doing when they first heard the news. I explained that when these things happen, people turn to radio for the news. When they turned to WMLW, they would hear our morning guy taking phone calls from some old woman trying to sell a washing machine. I told him it was our responsibility — our duty — to give the listening audience in Watertown access to this breaking news.

“How many people were killed?” he asked. I told him the seven astronauts were very likely dead.

“More people get killed in traffic accidents every day,” he said. “You can give updates during the noon news brief.”

And that was my last day as News Director of WTTN/WMLW in Watertown, Wisconsin.